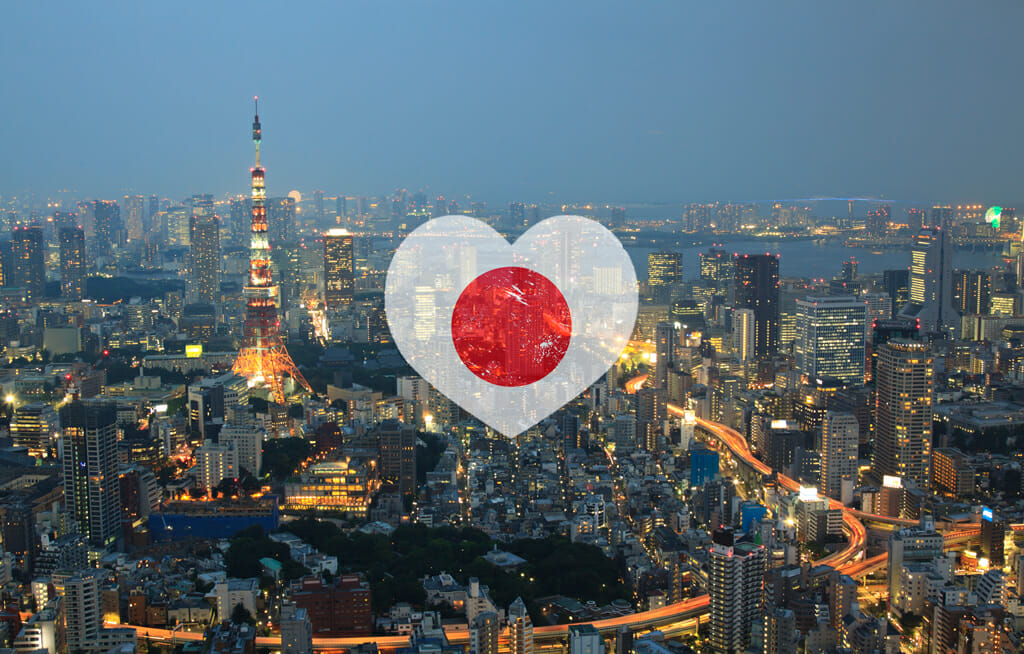 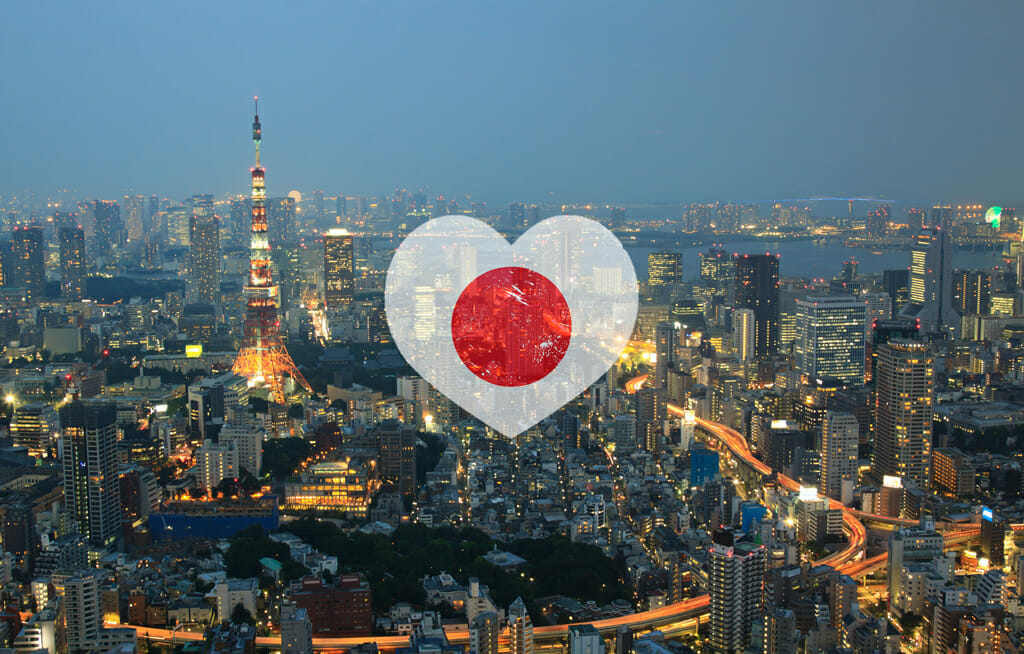 The islands of Japan contain the world’s third-largest economy.

Consequently, the amount of content produced and localized to and from Japanese can leave anyone a little bit lost at sea. If you have done your research and plan to conquer this market, you need to have the basic knowledge for localizing your digital assets into Japanese.

What you need to remember is the fact that Japanese translation projects have quite a reputation. Usually, clients are in a complete state of shock when they find out that the process takes much more time than for most other languages, and even after the completion, the desired quality is still lacking. On top of this, the Japanese seem to have their own unique criteria for assessing (and refusing!) any project that doesn’t meet their high expectations. One thing is for certain – it can be pretty challenging!

That’s why we have decided to create a mini-guide to what you should know when starting to localize your assets into Japanese – just keep on reading!

Developers very often approach Japanese as if it was another regular language, thinking that source strings will be translated and target strings will fall into perfect harmony. This falsehood results in many project delays and constant surprises about why the project is being sent back for yet another review.

To avoid this, you need to understand the basics. The Japanese language has three character sets and these three languages coexist in one sentence:
1. the phonetic hiragana,
2. the phonetic katakana,
3. the logographic kanji

Hiragana and katakana have 46 characters each. That’s not so bad, right? Things get a bit more complicated with the third character set, kanji. It consists of more than 2000 characters (2,136 to be exact), which sounds unbelievable compared to the 26 letters of the English alphabet.

All of the three are sorted in the gojuon system used for indexes. The problem is that kanji is often pronounced in different ways depending on the word or phrase. As a result, the same kanji character can end up being placed anywhere. This will require your correction of in-context phonetic readings of the kanji strings. If it sounds complicated, it’s only because it is. That’s why many businesses wanting to target the Japanese market do so with the help of an advanced translation platform.

If you want to make sure that the translator performs the translation part as well as possible make sure to provide some reference files or guidance in case you already have some already defined terms. When translating your website, it is very important for translators to see the source page to know the exact context. Very important when translating your content into Japanese is having the final version proofread by a native Japanese speaker – if possible a translator for the given language combination.

Japanese is a topic-prominent language that organizes its syntax to emphasize the topic-comment of the sentence. In short, this means that the subject is always in the main spotlight of the sentence and the structures are used to underline it. For example, there is no singular or plural indicator, so the translator needs to deduce what the text is referring to exactly. What is also worth mentioning is the fact that the Japanese do not use gender concepts for inanimate objects, but they do use specific counter words to describe a number of things, actions, or events.

Also, Latin languages will use spaces to separate words, however East Asian languages such as Chinese, Korean, and Japanese do not. They are character-based languages and in case you are translating your application, you cannot rely on the usual line breaking and word wrapping algorithms for displaying text. Your UI will have to be adjusted specifically for these languages with the assistance of a linguistic expert.

As you can imagine, all of those rules pose an additional challenge for translators, who often drop the topic from the sentence or skip the placeholder of a numeric value. This severely complicates the translation of text strings and results in the translation being far from correct, let alone perfect.

Obviously, Japanese and English have completely separate linguistic origins, and many words in one language don’t have a direct translation in the other. While you can face problems with finding words that will epitomize the meaning of a concept, there is another challenge – the issue of the tone. While English is considered a rather informal language with some formalities used in specific situations, the Japanese language booms with its variety of nuances and tones.

Translating nuances is another level of trickiness. The best thing to do in such a situation is to do your research and make sure that the tone you’re about to use is appropriate for the target market. As you progress with a Japanese localization project, create a list of all key terms and styles. In this instance, the use of translation memory will be absolutely essential. You should be also aware of the issues that could arise caused by the fact that the Japanese do not separate words with space. Therefore, an extra pair of eyes to go through this should not do any harm.

Most of the languages in Europe have SVO (Subject-Verb-Object) system, but in Japanese (and Korean) is SOV (Subject-Object-Verb). For example, the word order of the following sentence looks completely different between English and Japanese:

English order: I think that the girl who wears glasses is beautiful.

This causes problems when there is a segment like “From (number)”, for example, because, in Japanese, the word order here should be “(number) From”.

#4. Don’t Be Afraid of Transcreation

Pay attention to language similarities. Some words and brand names can have a completely and sometimes downright offensive meaning in another language. Traficante, an Italian mineral water brand found a great reception in Spain’s underworld. In Spanish it translates as “drug dealer”.

Slogans and company names may require a marketing specialist and linguist who will do the task of transcreation. Transcreation means ‘translating’ and ‘recreating’ the original text in a new language whilst making sure it is still appropriate in the context for which it is intended.

You should always be prepared to transcreate marketing materials for Japanese markets. Translating the content into Japanese may be particularly difficult thanks to the nuances mentioned above, wordplay and cultural references. At the same time, transcreation will go beyond a translation or even localization. It will help you to adapt the message of your brand to Japanese language and culture – for this specific market you need new content that honours the original objectives.

It may be a bit more challenging due to linguistic and cultural considerations, but it doesn’t mean that you shouldn’t do it. Literal translation can make you sound awkward or impolite, as a result of using an overly colloquial or aggressive tone. In this case, it is very important to be both culturally accurate, and effective.

While Westerners are more willing to accept small imperfections, the Japanese expect pure perfection rather than just accurate and mistake-free translation. You need to be prepared to make more and more extensive corrections in order to perfect the tone and place complex phrases in the right context.

Of course, this is the most difficult part of your first project. With time, the edits and corrections will diminish, and hopefully, you won’t need to spend such a great deal of time doing them. However, there is a way to reduce the hassle from the very beginning – hire the best Japanese translator and use an appropriate style guide and glossary.

As you can see, localizing your digital assets into Japanese may be quite challenging compared to Western languages. However, if you keep the above characteristics in mind, you can overcome any challenge and do it like a pro. Good luck with conquering the Japanese market!

Special thanks to Nozomi Miyanoya, our freelance translator for giving her input in this blog! 😍

languagesMarketing
Sign up to our newsletter for all the latest translation and localization news, straight to your inbox.