Translation Memory: Why You Need It In Your SaaS Stack 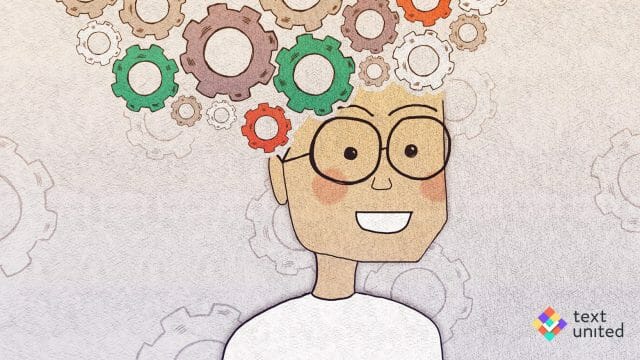 Translation Memory, Terminology… you probably already heard something about it, but whatever that was, it’s not enough! Translation Memory, also known as ‘TM’ is an absolute essential in an operational toolkit for the localization field.  But how does it exactly work and why do you need it in your SaaS stack?

A Memory Inside The Memory

By definition, a translation memory is automatically created and maintained a database that continually captures translations as translators are working on your projects. In short, every time you translate a project or have it translated by our human translators, a specific set of words is already memorized by our system. All translation memories are saved to your own, private TM.

How does it magically know when I need which word? When translators are working on the online translation editor or the app, translation memory proposals are offered on the right side on the screen. The proposals are pulled from your TM in the form of previously translated segments.

The system places 100% identical source segments as translation in your current project. If a source sentence is similar to the one translated in the past, you can see a degree of similarity and you can insert the proposal to the target segment and edit it.

Of course, every time you upload a project, the system looks up your TM for any previously translated similar or identical sentences. The degree of match between the source segment and a translation memory segment is expressed as a percentage figure:

#1. Context Match – These are already translated sentences in the TM, which are in the same context as your new texts. So, the sentence needs to be a 100% match (please, see below), and the sentence before and after that sentence needs to be the same as in the previous translation project. Context matches are usually larger parts of your document which were previously translated, in other documents.

#2. 100% Match – If the content of a TM segment matches the source segment exactly, that is a 100% match.
To qualify as a 100% match, the entire content (all characters and character formatting) of both the source document segment and the translation memory segment must match exactly.

3#. Fuzzy Match – When the degree of match between a source document segment and a translation memory segment is not 100% the same, so everything below 100% is a fuzzy one.

Pssst… a hint: Our Translation Memory is able to pre-translate 100% matches and to find fuzzy matches among previous translations, you are not going to pay for the translation as if your material is translated from scratch. Instead, Text United will apply discounts for various levels of similarities! Expect a 40% cost reduction.

Managing Translation Memories in the App

The advantage of the TextUnited desktop app is that you can manage translation memories here. When you navigate from Workplace to Translation Memories, you can easily take care of:

If you are using the Portal, you can also check and edit terminology there and when you simply open this page: https://www.textunited.com/my/search/terminology/. You can basically do the same things as in the desktop App: prohibit or approve terms or add descriptions. The major difference, compared to the desktop app, is that you can only do this for your own terminology repository, not for the ones shared with you.

Terminology Management in the App

The master repository contains terms that you imported from TBX or CSV files and all terms merged from projects’ glossaries (after project’s completion). In case someone shares a terminology repository with you, it will be on this list as well! You can also create a brand new repository, import or export data, copy, or delete the repository, see its properties or grant access to it.

The project manager (so you, or the client) can review, approve, and reject terms as well as edit them, and add terms, descriptions, and pictures for each concept in the repository editor.

Go Ahead, Reach For More! For Less! 😉