How To Avoid Cultural Mistakes in Localization? 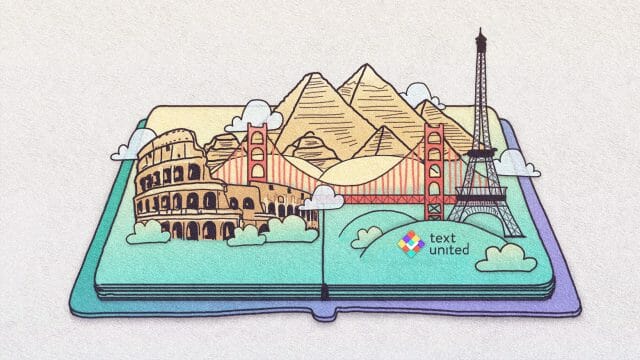 Global business can be hard to manage. Remember when Coca-Cola translated its brand name to “Bite the Wax Tadpole” in an attempt to name their product in Chinese to something that sounds like ‘Coca-Cola’? Yeah, we read about it too, even though the translation didn’t really happen the way the original story reported it. Coca-cola had to admit that it definitely was a localization cultural mistake though.

We truly think we all know these ‘6 Marketing Translation Mistakes’ articles presenting horrible examples where translation or an image is not only devoid of common sense and sometimes humorous but can also be very inappropriate, too.

Of course, Coca-Cola learned their lesson and are now one of the biggest brands whose localization game really hits high levels. Assuming that you spend enough money to develop your business and you’re not Coca-Cola (yet!) it’d be easier if you simply prepare not to make cultural mistakes in your localization game!

How to avoid cultural mistakes in localization?

No matter how hard you try to avoid this reality check, it’s simply not enough to translate your content and place it on the target market. A literal translation is never enough when it comes to presenting the finished product in a different region.

While translation is, of course, the main part of the process, localization includes understanding the culture of a particular region. Translating and adjusting your content to that specific locale is something you really need to do if you’re thinking about conquering the global market.

With that being said, we have some insights and recommendations for a successful localization of your product. If you want to find out how to avoid cultural mistakes in the localization, just keep on reading!

#1. Understand The Culture of The Country You’re About To Target

Let’s imagine that you run a cool, edgy e-commerce shop with gadgets. We cannot help it, but just assume that a piggy bank with a keypad combination or a pig-shaped stuffed toy that imitates the real animal’s sound might not sell too well in Middle Eastern countries. What about Christmas decorations? They probably wouldn’t be too appealing, either.

What about clothing? Does selling colorful bikini seems like a great idea to you? Surely it can be, but remember that it could be considered controversial in certain locales, depending on the style and how much skin is shown on the pictures. While some countries have a more relaxed towards images of female models wearing skimpy clothes, businesses have to be mindful of their target audience and product positioning. Maybe in locales such as UAE, you should consider selling high-fashion burkini instead?

We realize that both of these examples may be a bit dramatic, but in reality, localization and images that you display to your potential customers go hand in hand, and you don’t want your potential customer feeling neglected, or even worse, offended. The process of localization of your website or e-commerce in both of these cases would include providing an alternative to an item for that region or omitting it from your offer completely.

Think about your business, the brand you sell, the User Interface of your website, images that you display and, most importantly, do your research!  When you start to understand your target region and cultural differences, you’ll most likely have to make some adjustments in your website’s imagery and UI, even though you probably initially thought you wouldn’t have to.

Pay attention to language similarities! Some words and brand names can sometimes have a downright offensive meaning in another language. An example? Traficante was Italian mineral water, whose brand was supposed to be that of typical bottled mineral water: light, giving the feeling of freedom and hydration and all that. However, we can only assume that it didn’t go down particularly well in Portugal and Spain where the name literally translates to a ‘drug dealer’. Freedom and lightness? Well, maybe to some, but in general it can be classified as a bad idea, just like this translation.

Slogans and company names may require a marketing specialist and/or a linguist who will transcreate your brand message and incorporate it into the content itself. Transcreation means ‘translating’ and ‘recreating’ the original text in a new language whilst making sure it is still appropriate in the context for which it is intended. In reality, it is a blend of translation and creative writing that can be a really demanding task for the person performing it, which is why we always recommend hiring a specialist for this task. If you think it’s unnecessary, remind yourself how hard you’ve worked on your branded content and think about how keen you are to not mess it up in the next market you want to conquer.

#3. Use Symbols and Colours Wisely

This kind of connects to the #1 on our list, but we think it’s one of the most common mistakes that occur worldwide in the field of Localization and that therefore it deserves its own point. The safest option when you want to speak to your customers with imagery would be to avoid the images and pictures of hand gestures and body parts! Remember that ‘fig’ gesture has a very negative meaning in certain regions.

Try to play it safe when it comes to images as well and replace the ones that can be controversial with images of nature. If it doesn’t fit the context, you can always try to use abstract illustrations of geometric shapes or artistic paint splashes that look aesthetically interesting, but really aren’t able to offend anyone.

We mentioned the piggy bank in #1, but another point of best practice is to avoid the use of animal symbols and imagery, especially as the symbols which are supposed to convey emotions. A happy piggy in the Middle East or a smiley cow in the kid’s menu of an Indian, vegetarian restaurant will never earn the right first impression.

If you think we are crazy for mentioning the use of colors, you are very wrong.  Studies have really shown that the colors of apps that are popular in China are much brighter than the ones in Europe and U.S countries, so if you plan to conquer Far Eastern markets, it may be a good idea to turn your color saturation levels a little bit up! What you also need to remember is that colors have a different meaning in every country. Adobe has even published a doc where you can see some instances of colors’  culture-specific significance. We’d suggest you take a look!