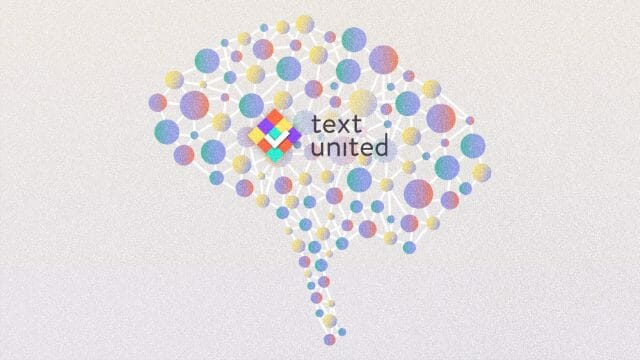 To those who are new in the field of translation and localization, using dozens of specific terms interchangeably may be quite confusing. You’ve surely heard about the undeniable benefits of using translation memory and terminology, also often referred to as glossary.

However, we are aware that these terms are very often mentioned together. That’s why we decided to write a post to explain the difference between them, their biggest benefits, and how they complement each other. Keep on reading!

What is Translation Memory?

Translation Memory is a database that continually captures translations as translators work on your projects. At Text United, it’s created and maintained automatically.

Whether you are translating yourself or outsourcing your project, translated segments will be saved in your private Translation Memory. This database is utilized in projects that contain content that’s the same or similar to previous translation projects.

The biggest benefit? The system will automatically pre-translate content that has already been translated before and suggest proposals for similar content that has a 50% or greater match rate with the old translated content. This results in quicker turnaround time, as well as lower costs for the project.

What is Terminology in Localization projects?

A simple Terminology consists of words, phrases, and technical terms used to create sentences in a translation solution. This may be described as the most basic form of Terminology – a glossary.

Most terminology interface lists contain two columns: the first one contains terms in the source language and the second one the corresponding terms in the target language. In fact, to most people, a standard terminology list would simply look like a dictionary. It’s just a special dictionary for your business that contains source text and context information like descriptions, clarifications, and definitions.

The biggest benefit? Using terminology in translation projects will help maintain a high level of quality due to the consistency of vocabulary.

What is the difference between Translation Memory and Terminology?

These both exist in the form of a database, and both of them appear in the form of proposals in your translation editor. So, what is it that differentiates them? 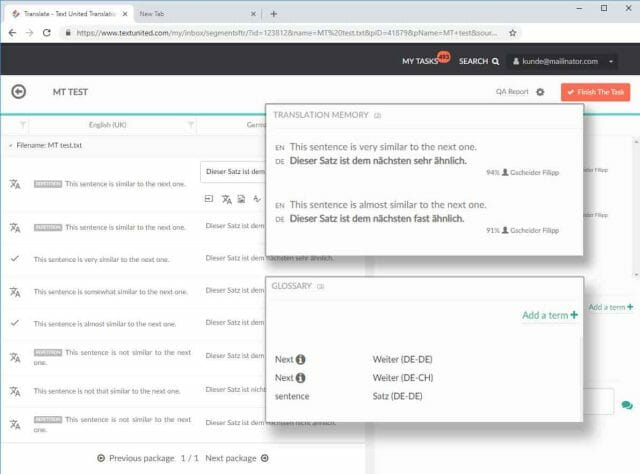 Each project has a glossary that is automatically generated, containing key terms in a translation project. It’s up to the project manager or translator to translate the most important terms in the glossary, which will then appear as proposals for each segment that contains the term.

How do Translation Memory and Terminology complement each other?

When Translation Memory handles whole segments while using Terminology, you can be sure that the term vehicle (for example) will be used in all places in a translation project instead of a car or truck if your company demands so and uses this type of terminology. All of the project’s collaborators may run a QA check that will show segments that have errors in translation consistency or terminology.

Using Translation Memory and Terminology within the internal project will improve the workflow and speed up the process of translation over time. For outsourced projects, Translation Memory will additionally reduce the overall cost of the project depending on the match rate with previous translations.

We hope that you know what the differences between Translation Memory and Terminology are, and how they can help you cut the costs and improve the quality of your translation projects at the same time!