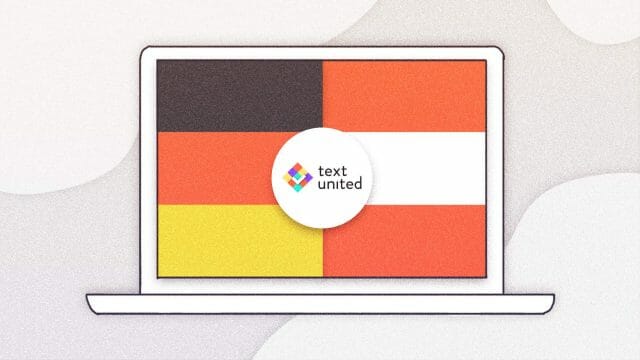 If you are learning German as a second language, you are probably aware of the communication barriers between different regions of Germany, as well as other German-speaking countries such as Austria and Switzerland. What about the Austrian language?

Today, we will talk about German vs Austrian language differences, and how these have influenced other countries.

While TextUnited is a Vienna-based company, we also have a second office in Sarajevo, Bosnia, and Herzegovina. In many ways, Austria and Bosnia and Herzegovina are intertwined. One of the aspects which will help us with today’s article is Austria’s linguistic influence on Bosnian that perfectly displays the differences between German and Austrian.

One example of this is that the majority of car machinery vocabulary is borrowed from German. Hauba, anlaser, gepek, are all words which German speakers will be able to identify and understand as Haube, Anlasser, Gepäck (hood, starter, luggage).

German speakers will start seeing the pattern in the above-listed words. Words such as Trafik, Paradeiser, Palatschinken, Karfiol, and Faschiertes are not used in Germany, but in Austria, and this is how you can clearly tell that Bosnian was influenced by Austrian German. In German as spoken in Germany, these words would be translated into Kiosk, Tomaten, Pfannkuchen, Blumenkohl, and Hackfleisch.

Why are language differences important?

As always, if you are localizing your content into German, you need to know your target audience. If you want to access the Austrian market, be aware that there are things which set German German (de_DE) apart from Austrian language (de_AT). The differences in spoken German are even greater, but I believe that most readers will only be influenced by the differences in the written variants of the German language.

Some of the examples of differences between de_DE and de_AT include:

Last time we spoke about words in European Spanish that would sound weird to a Latin-American Spanish speaker. In the case of German-German vs. Austrian German, it’s similar – there are small differences between the two. While the speakers of both variants will understand the meaning, it’s usually little things that determine whether a customer will feel drawn to your product or service.

Do you have questions about localizing your product for the Austrian or German market? Feel free to reach out to us – we will gladly discuss and set up a translation project that will help you conquer your target market of choice.