Translator’s work: What a Translator Can and Can’t Do 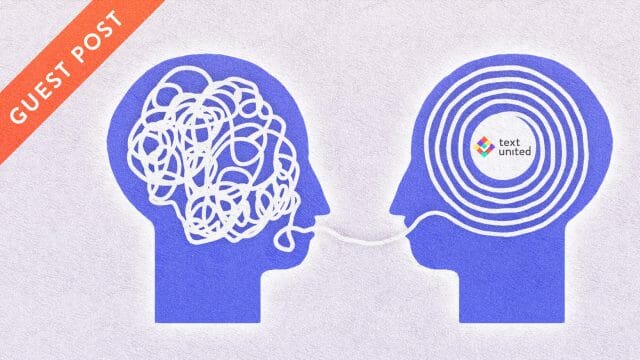 Imagine the scenario: You’re a translator, and you get asked to translate a piece. It’s only 500 words, and so it shouldn’t be much of a problem. But when you open up the file in your CAT Tool, what you see in front of you is a nightmare: a series titles from a document, with single-word comments on what should be done with them, which are all littered with spelling mistakes and abbreviations. Something like this is almost impossible to translate, and even when it is, it will take many, many hours, which is something that neither the client nor the translator will find ideal.

A short guide to improving the translation workflow

Below are a few pointers about what a translator can and can’t do with a piece, which will help ease a translator’s workflow, and speed up the entire translation process!

‘Txspk’ (or ‘text speak’ to the uninitiated)…

I’ve spent far too many hours of my life deciphering strange text messages my mother has sent me, with abbreviations I’m totally unfamiliar with (“What on earth is ‘bk’ supposed to mean? Book? Back? Black? Bark?”). Now imagine receiving a translation task with similar abbreviations peppered throughout. How can a translator be expected to know what these mean?

Text-message-like abbreviations vary hugely within a single language between age groups and regions. Added to this is the fact that many groups of colleagues naturally develop their own abbreviations for workplace-related processes, roles, and objects. While this might be fine for an in-house document, once it’s outsourced to the translator, problems might arise. Therefore, it’s worth thinking about giving a document a quick check before sending it for translation or adding common abbreviations to a glossary of workplace-specific terms.

It goes without saying that spelling mistakes can really slow down a translator’s workflow. In the most severe cases, they can be misinterpreted as other words, totally altering the meaning of what is being said, and leading to an incorrect translation. Double-check a document before sending it off for translation to avoid what could be unnecessary critical errors!

As a rule, translators don’t translate web addresses, unless specifically instructed to. This is because an incorrect translation can send the site visitor to a non-existent page. There’s no worse experience for a potential customer than being continuously given ‘Page not found’ notifications.

If a client wants specific addresses to be included in the target language translation, they should give the precise addresses. Don’t make the translator search for these on your site themselves, as this slows down the translation workflow considerably.

Titles of blog posts and other pages

While titles of other pages may be stored in a translation memory database, this isn’t always the case (as this is largely dependent on a client’s preferences). Therefore, if you are linking to other pages, and want the titles of these to be translated consistently, be sure to include the previously-translated title in a note for the translator.

In my field of translation work, one of the most common words that I am asked to translate is ‘sicherheit’ (and variants thereof): As German speakers will know, this can mean either ‘safety’ or ‘security’, in English, depending on the context. However, for particularly short pieces, there is not enough content from which to work this out. In such scenarios, a short note from the client will drastically improve the speed of the translator’s workflow, and keep them happy!

Unless they are told directly, a translator can’t know if there is a word, space or character limit for what they are translating. This can be critical when translating commands and prompts for machines, diagram boxes in instruction manuals, and a number of other scenarios. Asking for translations to be shortened or abbreviated after they have already been translated only slows down the translator’s workflow, and can often lead to significant delays in delivery of the translation task.

And to end on a positive note…

Although all of this might sound very negative, the key to improving the translator’s workflow (and also the client’s) is – as you might have guessed – communication! Add common abbreviations to your translation glossary, let the translator know if there are any specific web addresses or titles that have previously been translated that you wish to include in the piece, and tell them if there are any constraints to the length of the translation.

Also, check your work over carefully before sending it for translation – spelling errors in the original document not only look unprofessional but can lead to issues with the translated piece, too. Finally, once a translation project has been launched, you can use the messaging function to respond to translator queries. Overall, the key thing to remember is this: A well-informed translator leads to a higher quality end product, with faster turnaround time.